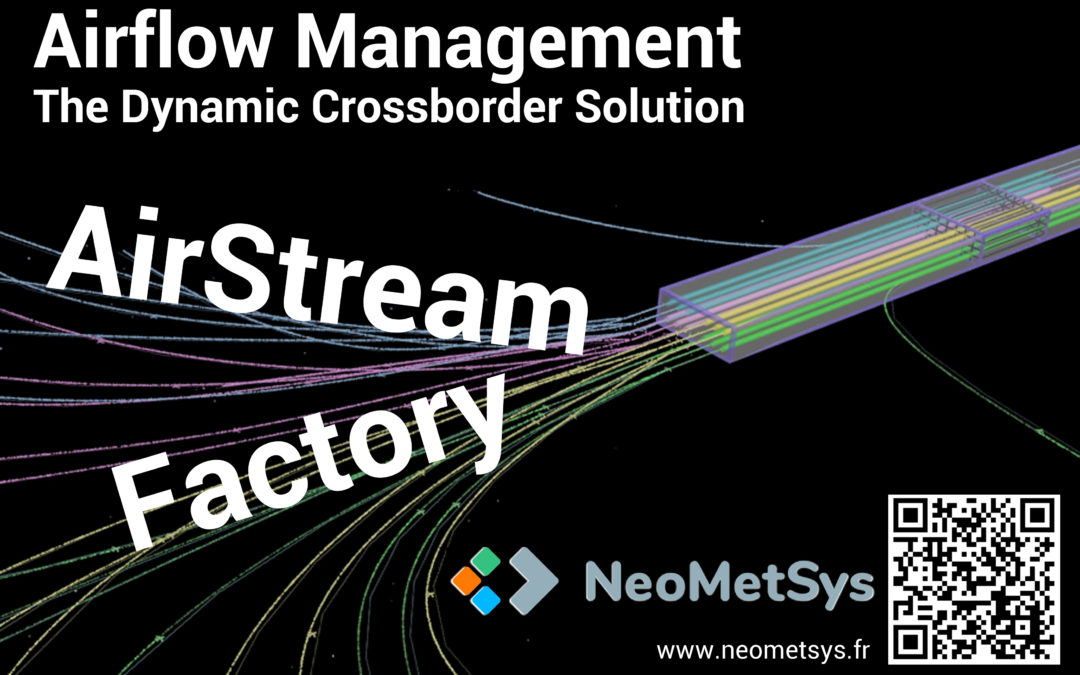 ASF (AirStream Factory) is a toolkit that supports and tooling a new approach to air traffic flow management based on the AirSteam concept*. In this concept, traffic flows in corridors using dedicated lanes for a “family” of aircraft with similar technical characteristics (e.g. flight level, speed). These lanes are defined in blocks grouping several flight levels. On each of these lanes, traffic is organised via a time and space slot within which each aircraft is positioned (ideally in the centre).

Based on traffic (airline demand), ASF will initially define the main flows using a bundling mechanism. These flows will define the backbone of the future AirStream network.
Then for each AirStream, the three-dimensional structure (i.e. the number of lane(s) and level(s) per block) is constructed using the characteristics of the aircraft constituting the aggregate traffic of the AirStream. The set of these three-dimensional structures will constitute the AirStream network through which the flights will flow.
The final step is the recalculation of flight paths using the network. This step is as complex as it is important because it involves assigning the entry and exit segments of the AirStream in an efficient way, minimising the potential route elongation but also the environmental impacts.

In order to evaluate the efficiency of the proposed new traffic, ASF also allows the calculation of indicators. The classical indicators, based on distance or flight time, as well as a new complexity indicator have been implemented. The approach taken for the complexity assessment is based on a measure of local disorder**. ASF has extended this model to the sphere***, using the stereographic projection to build complexity maps and a mean complexity indicator allowing comparison between several traffic samples.